Who are Kodiak Jig Seafoods’ community fishermen? They are: 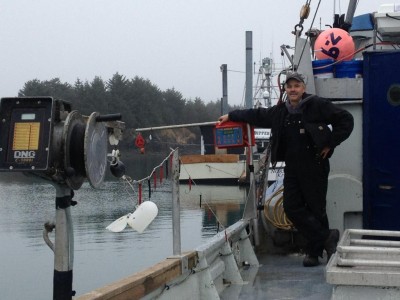 Born and raised on Douglas Island in SE Alaska, Charlie Peterson started fishing commercially when he was 11 years old. In the late 1980′s he settled in Kodiak, AK, bought a boat with his wife Theresa, and launched a family fishing operation. Thirty years and three children later, the couple is grateful to continue earning their living from the sea and enjoying the rugged splendor of Kodiak Island.

Today, the Peterson family depends on access to a variety of fisheries: Tanner crab, Pacific cod, herring, salmon, and halibut. Jigging for cod and rockfish during the shoulder seasons to salmon is an integral part of their annual fishing plan. Employing clean fishing practices while producing the highest quality product is a priority onboard the Patricia Sue. Charlie’s wife Theresa Peterson is active in fisheries management and is a long-time advocate for maintaining working waterfronts, community-based fishing opportunities, and sustainable use of the resources the Peterson family and others around the state depend on. 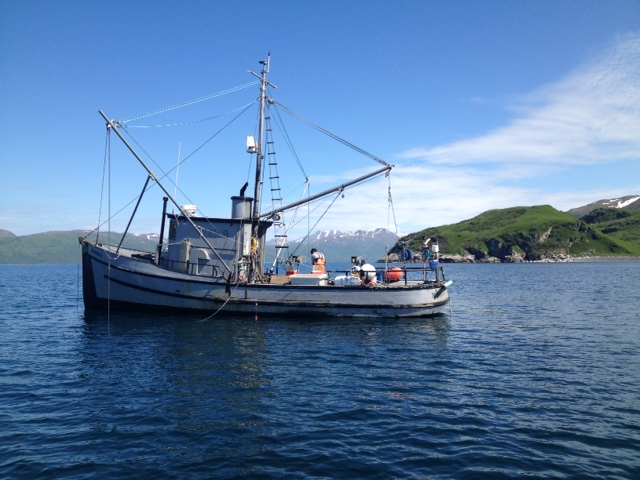 President of the Alaska Jig Association, Darius Kasprzak is an avid jig fisherman. Growing up, Darius was home-schooled in a rural community on the southern end of Kodiak Island. He enjoyed a largely subsistence fishing and hunting lifestyle with his family. At fourteen he began commercial fishing – he started crewing on local salmon gillnet beach sites and soon moved into the longline, pot, and trawl fisheries in the Gulf of Alaska.

In 1997 Darius bought his first commercial vessel, the High Tide, which was barely larger than a skiff at the time. With his own boat and the newly implemented state Pacific cod jig fishery in Alaska, Darius knew he wanted in on the action. Darius eventually purchased the 46′ Marona and now jigs year-round throughout the Central and Western Gulf of Alaska for cod and rockfish. Jig fishing appeals to Darius because the lightweight, hand-tended gear type is conducive to an independent mariner lifestyle, like his own. He finds it important to selectively and sustainably harvest prime cod and rockfish with exceptionally low bycatch and minimal impact to the marine habitats.

Dave Kubiak aboard the F/V Mythos

Dave Kubiak started fishing in 1965 for Norman Holm, first building a herring pound and then deploying and fishing it in Gibson’s Cove, AK while he was still in high school. Dave has fished exclusively around Kodiak Island during his career as a fisherman. Though he has fished in the same area year after year, Dave has a diverse repertoire when it comes to what he catches. He crabs for king, Tanner, and Dungeness crabs, gillnets and seines for salmon, longlines for halibut and cod, and most recently, jigs for cod during the winter. Dave’s fishing practices are based on his beliefs that good resource management is critical for long term sustainability. He is currently building a fishing motorsailer for cod jigging and halibut longlining. With low fuel consumption and a small carbon footprint, this motorsailer will make for greater efficiencies and higher margins for himself and his crew. An active advocate for fishery conservation, Dave says, “It is important to recognize the fish we catch is food, and needs to be handled as such, with care and attention.” Dave’s grandson has now replaced his children as his regular crew member aboard the F/V Mythos.